What folks are saying…

Environmental expert and former Director of the Bureau of Land Management, Patrick Shea, teaches Public Lands at Stanford University. “When my students experience the ancient redwoods on a field trip they’re forever etched in memory. Dr. Bliss’s excellent biography of the place, Big Basin, reawakens the beginning, and by explicit challenge, our continuing obligation to protect these extraordinary places for future generations.”

“Historian Traci Bliss has a new page-turner of a history book out called ‘Big Basin Redwood Forest: California’s Oldest State Park.’ It includes a rare assortment of photos with several in stunning color in print for the first time.

This books is a loving tribute to the women and men whose great conservation efforts define our values, and inspire a resilience in charting the future of Big Basin. As it’s entry gate once read: ‘To Be Preserved In A State of Nature.”

“Dr. Bliss’s excellent “biography” of a place, the Big Basin, reawakens for today’s citizens the beginning, and by explicit challenge, our continuing obligation to protect these extraordinary places for future generations.

Read Big Basin Redwood Forest, become involved in the Reimagining Big Basin process and embrace a more complete dedication like that of these early preservationists.”

Former Director of the Bureau of Land Management

“In ‘Big Basin Redwood Forest, California’s Oldest State Park,’ Bliss writes the stories of the early preservationists who never gave up on their fight to establish the first permanent park in California.

“The movement to protect the region’s most iconic redwoods was not just another ‘one great man’ tale, historian Traci Bliss reveals in her new book.”

And About Evergreen Cemetary of Santa Cruz

“A wonderful work that is very much more than it purports to be.”

“A wonderful job creating a readable history that threads past to present in an articulate and interesting way.”

“Fabulous! Fantastic job. Such a history of unselfishness I couldn’t put it down.”

“So much detail, and story, and history. This is a fantastic resource for my work and for our community. Thank you for this incredible document and love story to Santa Cruz.”

“This wonderful slice of western history is more than the story of a cemetery; it tells the adventure of the American frontier. Immigrants from around the world made their journey West and author Traci Bliss weaves their unique stories together  giving  life to the past that is a treat to read.”

“A most beautiful book, visually and in heart and story. Everyone is there in a wonderful way. WHAT A MASTERPIECE; so much love and understanding.“ 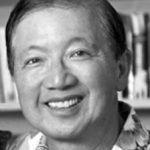